The Astonishing History of Fish & Chips

Fish & chips is now a quintessentially British meal, but where does it really come from?

Simple, tasty, and with a crunch that oozes thick, sweet oil, this week we’re tucking into the culinary phenomenon that is fish and chips! Welcome to another edition of the Archaeologist’s Cookbook, straight from the DigVentures kitchen/laboratory.

Whilst they may make doctors and dieticians despair, fish and chips are oh, so satisfying to eat. And, with an estimated 382 million portions of fish and chips sold annually, the British public appears to agree. (To put that in perspective, that’s 6 servings a year for every person in the country).

But where does this very British tradition come from? Who was the visionary who decided to put them together and how did they come to be so popular? To find out, we must start our excellent adventure with some 15th century refugees…

Fry me to the moon

Despite having been banned from England since the 13th century, it was the Sephardim Jews, refugees from Spain and Portugal, who brought Pescado Frito (fried fish) to Britain in the 15th century. The dish became more widespread when Cromwell finally lifted the ban in the 1650s.

As for the potato, they weren’t brought to Britain until the end of the 16th century, but it didn’t take long for someone to suggest frying them. In the 1660 title The Accomplisht Cook by Robert May, a whole potato is boiled, fried in butter and used as an accompaniment to fowl, along with fried parmesan balls.

In 1855, potato slices fried in fat and sprinkled with salt appear as a recipe in Alexis Soyer’s book A Shilling Cookery Book for the People. For the first recorded use of the word chip however, we must wait until 1859, when Charles Dickens published A Tale in Two Cities which describes “husky chips of potatoes, fried with some reluctant drops of oil”.

Who actually had the idea of bringing fried fish and chips together? Two different chip shops claim the honour. It’s widely accepted that Joseph Malin opened the first chippy, Malins in 1860 Bow Bells in the East End of London and was the first to sell fish and chips as a meal. Sadly, Malins was destroyed in the 1960’s to make way for a road extension.

The other was opened by Mr Lees in Oldham, Lancashire in 1863. He even had an inscription in the window stating that “This is the first fish and chip shop in the world”. A bold claim, but whoever it was who brought this tasty double act together had started something big.

A combination of Britain’s new railways and trawler fishing meant that fish could be reliably supplied inland, which coincided with chip shops spreading rapidly. It provided an exciting meal for the family that otherwise had to make do with the bleak fare of the Industrial Revolution.

Fish and chips also had a role to play in both world wars. Due to their popularity, the government kept them off the ration list to increase morale and ensure basic nutrition for the munitions workers. Queues were often hours long once word got around that the chip shop had fresh fish! Winston Churchill even referred to them as the “good companions”.

So, there you have it; fish and chips, a national institution that’s considered by many outside it to be quintessentially British, owes its introduction to 15th century refugees, has provided nutrition and a morale boost during the Industrial Revolution and two world wars, and tastes great to boot!

Oh, and if you need a recommendation, my favourite is in Bakewell. The street-long queue is testament to just how good it is. 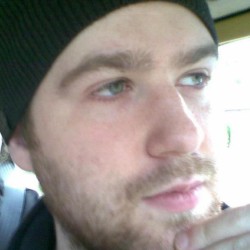 Caerfai Camp, the ancient fort under threat from climate change