To dig or not to dig, that is the question

Archaeology is often characterised by the act of digging, so when Mary Beard suggested that new techniques could mean giving up the trowel, there was furor. In short, to dig or not to dig? We visited the British Museum to see what the latest technology can do.

The British Museum’s latest exhibition, Ancient Lives, New Discoveries, is a timely exploration of how archaeologists can use non-invasive techniques to interrogate their finds.

The exhibition displays the preserved bodies and burial objects of eight people from prehistoric Egypt and Christian Sudan, including a desiccated young man, an Egyptian temple singer, a young Roman, and a Christian Sudanese woman.

Spread across four thousand years, it looks at how non-invasive tools, such as CT scanners and 3D model printing, have been used to uncover new information on their lives and beliefs.

But it’s not just the use of these tools that’s impressive. The exhibition also uses interactive displays to slowly uncover tantalising new details about each individual, from diet and health, to family life and career.

And as each new personal detail is revealed, you become more and more immersed in their story – by the end, you’re viewing them not as a museum artefact, but as a person that you have a connection with.

Between the applications of technology and the personal accounts of the preserved bodies, Ancient Lives also challenges the conventional stereotype of ancient Egyptians and mummification – from end to end, you see how the mummification process varies over time according to religious beliefs and social class, exposing it as a burial custom that was neither standard among, nor the sole preserve of, the Egyptians.

With technology and mummies surging in popularity, making this an ideal time to see this exhibition – just make sure you have a strong stomach!

Ancient Lives, New Discoveries is open at the British Museum now until the 30 of November 2014
Tickets: £10 for adults, £8 for concessions 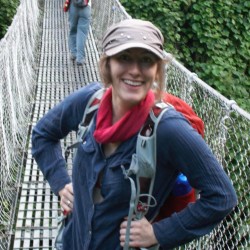