C is for Carbon: Archaeologists Date Anything

“Archaeologists will date anything!” guffaws a jovial chap whilst you’re enjoying a nice relaxing pint in the pub after a hard day’s digging. You fix the joker with a steely stare and attempt to conjure up a witty reply…

Many people may have heard of Carbon (or C14) dating; a scientific method by which archaeologists can determine the age of an organic object with a relative degree of accuracy.

But fewer will know what carbon dating really is and how it actually works. C14 (radiocarbon dating) is a form of absolute dating pioneered by Willard Libby in 1949. ‘Absolute’ dating means a roughly accurate real time date can be given rather than a relative date in relation to another object. C14 dating works by measuring the levels of a carbon isotope (Carbon14) which remain within the object after death. As you probably know plants convert water, carbon dioxide and sunlight into sugar and oxygen which leaves a great deal of carbon both within the structure of the plants, and within the animals that eat them. The proportion of one part of this carbon (C14), which decreases at a known constant rate, can then be detected and measured in preserved plant and animal remains to give an estimate age. This process works on samples up until 1939, when atomic testing impacted the delicate balance of atmospheric C14.

So, we know how carbon dating works, but what famous artefacts have been dated using this method?

1. The Dead Sea Scrolls – a collection of 972 texts written on papyrus, parchment and bronze – were discovered between 1946 and 1956 in the West Bank. In order to determine their origin, C14 dating has been undertaken on the documents which provided dates ranging from the first century BC to the first century AD.

2. Ötzi the iceman, – mentioned in the previous blog entry ‘B is for Bodies’, was found on the Italian Austrian border in 1991. Scientists have since carbon dated Ötzi and have discovered that he died just under 5500 years ago!

3. The Turin Shroud – an example of archaeology clashing with religion. Carbon dating proved that the Turin Shroud – supposedly Jesus’ burial cloth – dated not from the 1st century AD but rather from between 1260 and 1390AD.

As for the ‘Jovial Chap’ down the pub… if an extended lecture on the science doesn’t lose him, we recommend taking a deep breath, smiling wryly whilst agreeing: “Yes. Yes we will – though only carbon-based life forms originating prior to 1939 AD.”

Hopefully they’ll get the hint! 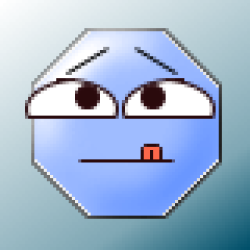 Holly-Mae is an archaeologist with a big love for Community Archaeology, and Australia.