100 years on, rusting barbed wire sits near the kilometer zero (zero mile marker) of the WWI front line on the Swiss-French border (via theatlantic.com)

Enough’s enough. Here’s what we really need to be thinking about 100 years after the start of World War One.

Am I the only person who has had heard and seen more than enough about the start of the First World War? My problem has been with the nature of the coverage, which I have found insubstantial, ephemeral and uncritical of the systemic roots of the war itself.

There has been a certain amount about the horror of the trenches and the extent of what was the first major exercise in industrial-scale slaughter (the earlier, smaller-scale example was the American Civil War, especially in its later stages, where the death-toll was obscene).

There has been quite a lot, too, about the political machinations leading up to the Declaration of War. But there has been very, very little about the underlying social tensions and pressures which were starting to unsettle most European nations, but in diverse ways.

Yes, I can understand why we should be interested in how celebrities’ ancestors coped with the Great War, and I think it’s interesting to see how towns, villages and defined communities coped with the terrible casualties that were inflicted, often within a few days or even hours – if, for example, a local ‘Pals’ unit went over the top together. BUT, but, but…

My problem is that I don’t think we’re treating the Great War with sufficient intellectual rigour. Yes, there’s lots and lots of tearful, slightly sentimental, poppy-laden emotional ‘respect’. And I can understand that – even if I find some of it a bit staged and insincere. A hundred years is, when all is said and done, a very long time ago.

As an archaeologist I’m interested in processes of change. I’m less concerned with one-off events. I’m also fascinated by what one might call the ‘bottom-up’ approach to the past, rather than the ‘top-down’, event-led political version of British history, that is still taught at so many British schools.

It’s not the individual events themselves that matter: it’s the way they evolve and give rise to other, connected events, as part of a longer, larger process that interests me. And it strikes me that the current approach to the Great War is heavily biased in favour of an event-led and very short-term approach.

The trouble is, that this way of telling history is also short-sighted. It skates over the surface and doesn’t seek the real lessons: the bigger picture. It seems to me inconceivable that we should be discussing the origins of the First War, without also considering the Second. The two conflicts are intimately linked.

Indeed, one could say that WW2 continued much of the unfinished business started in 1914-18. And if we are to take such a long-term view of the 20th century, mightn’t it also be a good idea to draw a few lessons and think about our own time?

Yes, social relations changed in response to the First World War, a great deal of respect was lost for class structures. Of course, snobbery wasn’t abolished over-night, but there was a huge contrast in the way British society was organised in Edwardian times, when compared with the Jazz Age of the 1920s.

But isn’t the ever-widening gap between the top and bottom of society, which is such a feature of the Western World in the early 21st century, a major cause for concern? Wasn’t growing social disparity one of the factors that led to both World Wars? 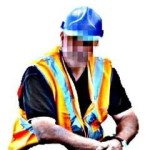 More from the Site Hut...

No nonsense. Just dig alerts and the insider's view on the week's biggest archaeological discoveries.