Alan Cadbury has become a bit of a celebrity lately, but he’s still happy to take part in a good old-fashioned ear-bashing about archaeology. His perspective is straight from the digger’s point of view, a voice that is often drowned out these days by the melee of meetings, the cacophony of consultants, and the deliberate deafness of developers.

We asked Alan a couple of questions on a very current topic: do we face a shortage of skilled archaeologists, and if so, what is to be done?

Nineteen eighty-nine was one hell of a year for me. For a start, I took my A-Levels and got reasonably good grades (2Bs and a C). Admittedly today I’d have probably been given three starred As – two with added knobs – but in those days that wasn’t too bad. It was certainly good enough to get me an interview at Leicester, and a couple of months later, for reasons best known to them, they admitted me.

Then in November my father was killed when his arm got stuck in a straw baler and was half-severed by the bale knife. Poor man, he died in the air ambulance helicopter – but as Francis Pryor reported in The Lifers’ Club, he’d always wanted to go up in a helicopter. It was also the year that a Tory government, rather improbably, introduced Planning Policy Guidance No. 16 (or PPG-16), which stipulated that developers must be prepared to pay for the cost of any excavation the local or national authorities deemed necessary. In essence, PPG-16 saw the birth of modern professional archaeology.

I soon got involved with fieldwork while I was a student at Leicester and worked on several contract digs during summer and Christmas vacations. And then, when I graduated, I joined the digging ‘circuit’, moving from one project to another. The old-style circuit started, so I’m told, in the 1970s; it grew quite fast in the ‘80s, and then mushroomed in the ‘90s. By the end of the 20th century things had settled down: many people forsook the hard-drinking, free-and-easy lifestyle that was such a feature of the mid-eighties in favour of a less frantic, more settled pattern of life. Some had the temerity to find long-term partners; a few even got married, raised kids and bought houses.

During the early boom years of the present century, archaeology really did seem to be developing some sort of a career structure. There was plenty of work and it became possible to imagine carving out a working life as a field archaeologist – and who knows, maybe even retiring with a pension?

Then the Bankers’ Bubble burst. Professional field archaeology contracted rapidly. Hundreds, maybe even thousands of people left the profession, which they were able to do because archaeology had equipped them so well with good project and people management skills, fluency in IT, and very often an ability to communicate and ‘do’ PR. Personally, I doubt if many – indeed any – are likely to return.

Meanwhile, our universities, now desperate to enroll fee-paying students, are offering degree courses where nasty, muddy, real-world field experience counts for little or nothing. I won’t say that all of these students are useless, but I wouldn’t hire many of them to scrape a frying pan, let alone trowel a post-hole. Having said that, there are exceptions – but they’re increasingly scarce.

One way round the staff shortage problem was to hire qualified archaeologists from Poland and eastern Europe. In those days UKIP hadn’t started to squirt its populist poison at an unsuspecting public, so it wasn’t uncommon to visit a site and find that half the diggers didn’t speak much English. But again, they generally did a good job archaeologically, which is all that really matters.

Soon, however, their own countries started to prosper and many returned home. With the European diggers leaving, many of the larger excavation units started to hire ‘trainees’ – what the slave-owning political classes in the Westminster Village refer-to as ‘interns’. Make of this what you will. Personally I think it stinks: you shouldn’t have ‘trainees’ doing most of the jobs in a post-graduate profession.

So what’s to be done? Are there enough qualified people out there to provide the horsepower to service the profession in the future, especially if the current upsurge in the economy isn’t just another post-recession blip? My own feeling is that the labour crisis in archaeology is going to get worse.

But I think there might just be hope: good archaeology has always been about teamwork. Already small groups of experienced fieldworkers with particular skills are coming together to form consultancies, or partnerships, often operating out of low-cost commercial premises, but with red-hot IT. These specialist groups will increasingly appeal to the ever-smaller number of big contractors. So the answer isn’t to get more corporate, but to do archaeology in a way that suits both the subject and us weirdoes who love it. Get friendly: join a team!

Want to chat to Alan? He’s on twitter: @AlanCadbury 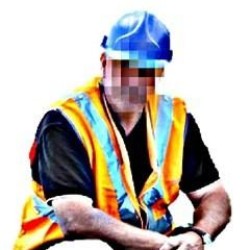