Ben Swain and Hugh Fiske, a couple of returning Venturers, tell us all about what happens on site after tools down every day…

I imagine by now, all of you ‘on-site Venturers’ will be raring to get stuck into the unexcavated remains of the amazing medieval site at Leiston Abbey. The archaeology looks set to reveal a fascinating story, and as returning Venturers writing this article, we can tell you that based on the digging experience alone you will have an incredible time. But what happens at DigVentures come 5:00 pm and tools down? What happens after the day’s digging is done? Is that the DV experience over?

Hopefully, by the end of this article, we will have persuaded everyone that after the digging is done for the day, there is still an unmissable DigVentures experience to be had. To us, this experience is simply called “The Wattle & Daub,” and it starts at 5:05 pm, otherwise known as Beer O’clock…

You may already know that the Wattle & Daub is DigVenture’s very own pop-up pub. It follows us wherever we dig, and plays host to a band of thirsty archaeologists at the end of a hard day’s digging.  Returning Venturer Hugh Fiske recounts his memories of the Wattle & Daub whilst it was resident in one of Flag Fen’s re-constructed prehistoric roundhouses in 2012:

“The Wattle & Daub at Flag Fen was somewhere to head at the end of the day to wind down, a sociable refuge at beer o’clock with a smoky fire and free-wheeling chat about the day’s activities with like-minded people. All were free to come and go after a quick drink or three, but there was always a core of two or three ‘more enthusiastic’ drinkers to keep the conversation going. The fact that the dig supervisors were there as well, often arriving before anyone else (!), lent a keen and knowledgeable air to proceedings, for the first half hour at least. Those who were there will probably never forget the impromptu disco outside the Wattle & Daub with audio and visuals (i.e. flashing hazard lights) provided by John Gater’s Time Team Land Rover, complete with a barrel of beer on the tailgate, or Mike Bamforth’s virtuoso poi display with swinging flaming balls on long chains.”

Everyone knows that archaeologists and pubs go together like yeast and hops. But the Wattle & Daub is not just about the drink, it’s about bringing a bunch of unique people together to share their experiences and to see out the evenings, having as much fun as possible. Another returning Venturer, Ben Swain, tells his experience of the Wattle & Daub:

“I do love a good pub and a good pint, so you can imagine my happiness when on the day before the dig at Flag Fen started, I was asked to help put up the beer tent! Beer in itself is good, but what really made evenings special at Flag Fen were the people and the atmosphere. There was not a single evening that disappointed, from impromptu dancing parties and glow-sticks for the more enthusiastic, to pub quizzes and open-fire roasted halloumi cheese for those who just wanted to relax. All of it was topped by the great conversations you had with everyone, including the DigVentures team. Then there were the later-evening “ideas” such as giving everyone Muppet names and building human pyramids. For me, it really was the other side of the DigVentures experience. If you come to the Wattle & Daub this summer willing to have fun and get along with people, then you will have an amazing time. Hope to see you all there!”

So there’s a taster of what you can expect with DigVentures, after the digging itself is over each day. This year the Wattle & Daub will be hosted in Leiston Abbey’s amazing medieval barn, complete with its own thatched roof, bar and grand piano. And even if you are a digital Venturer and won’t be digging on site this year, your invitation to the End of Site Party (Saturday, 13th July 2013) will allow you to get the experience of the Wattle & Daub for a night that I’m sure you’ll never forget.

Ben Swain and Hugh Fiske are joining us this summer at Leiston Abbey, follow them here to say hi…

Come and  join us this summer to see what the Wattle & Daub is all about! 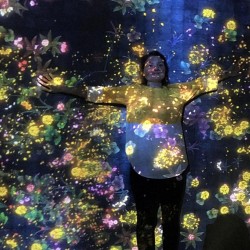